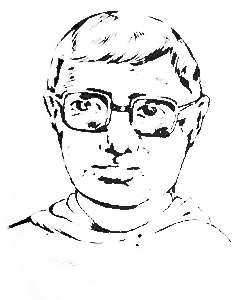 Spread across five kilometres square Gothuruth parish is a confluence of three islands namely Pattanithuruth, Vadakkethuruth and pazhamballithuruth. It is situated in the panchayath of Chennamangalam. Majority of the population consists of Christians.

The parish is under the patronage of St. Sebastian. It has a history that dates back to 1811. The present church was built by fr. Leopold kanappally in 1960. Earlier it belonged to the Archdiocese of Verapoly. But with the division it is now part of the diocese of Kottapuram.

Kalathil family is one of the prominent families in Gothuruth parish. It has given birth to many priests, religious and famous lay people. Rev. Fr. John Kalathil SJ who was once the head of Madras Loyola college belonged to this family. Bro. Andrews was also born in this family on 29th April 1869 as the son of Chaandi and Thresia.

After passing the matriculation, this young boy of fifteen desired to become a religious priest. Rev. Fr. Thomas Thalaketti, then the parishpriest of Thuruthipuram directed him to manjummel monastery. He was a great promise to the religious authority. He made his first profession on 6th January 1886 at Manjummel. Since he was very excellent in studies, the authorities sent him to the Candy Papal Seminary, Srilanka in 1887. Everyone was in great admiration of his intellectual calibre in the seminary.

But the will of God was different. In the fifth year of his profession Bro. Andrews offered his life as a sacrifice to God. He was down with severe flu and left this world on 2nd December 1892. He was given the last sacrament by his own rector. The preacher at the funeral mass told that Bro. Andrews never denied Jesus anything till the end of his life. He was buried in the Seminary chapel. “Strict and faithful in his religious duties, this young good religious was always meek and calm, even on his death bed”, wrote his Jesuit rector.

Translated from the book